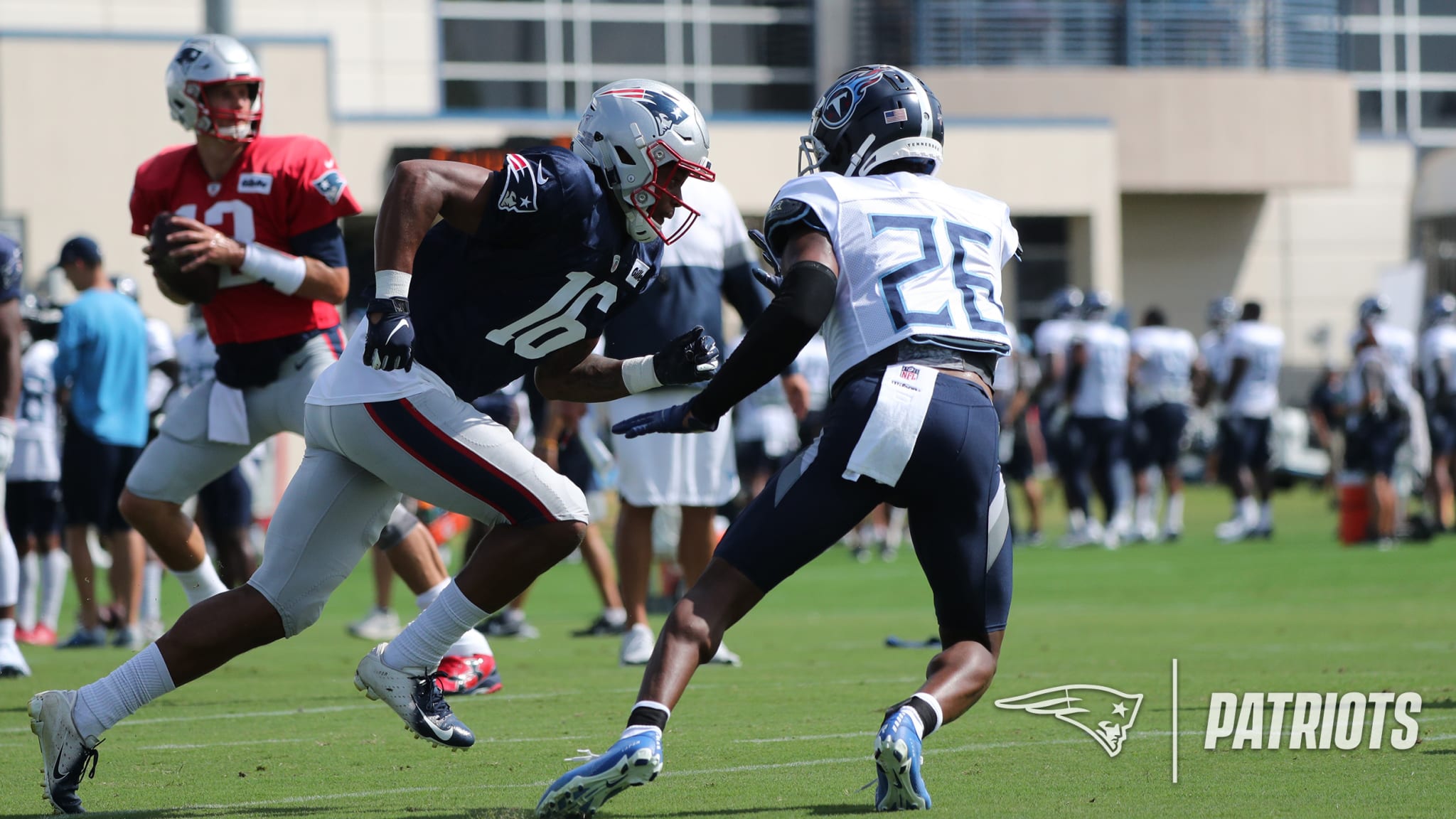 The Patriots‘ first combined practice with the Titans was a promising start to attendance after suffering an injury against the N’Kill Harry Lions and missing two in Foxborough earlier this week. The rookie first rounder was gone shortly after practice began but it was still a good sign to see him on the field, even watching with Julian Edelman and Demerius Thomas for much of the session.

With Philip Dorsett and Maurice Harris both having to leave and not returning, the position of the already complicated receiver became even more severe. Both were stuck until the end of the spirited session, always a good sign that they were running a cart off the field, but the Pats had two more hits as they approached their second preseason game of the season.

Losing two of their top three receivers would be a tough hit if Dorset and Harris had to miss time and hurt the chance of developing the offense. With only Thursday’s joint session remaining for training camp practice, the regular season is fast approaching and the team is already tapping at the bottom of their depth chart.

Dorset came down with an acrobatic leap for a pass and came out with a strong hand to wipe his wrist. He spent most of the rest of the practice riding a practice bike behind our Patriots unfiltered broadcasting table.

Harris’ point was less clear, but he got out late and watched the final reports of 11-on-11 jobs on his knees. The heat seemed to have affected many of the team, including the Dan captain, who was apparently shattered by the overheating. However, it didn’t look like the heat was a problem for Harris.

The injuries are one of the tightest spots in the project and have already raised concerns about injury issues. At Wednesday’s combined practice, every receiver left through Tom Brady’s representatives saw the offense turn.

Undrafted rookie Jakobi Myers now stands alone at the top of the depth chart. It can be exciting for some but at the moment he is scared to think that the best guy is left.